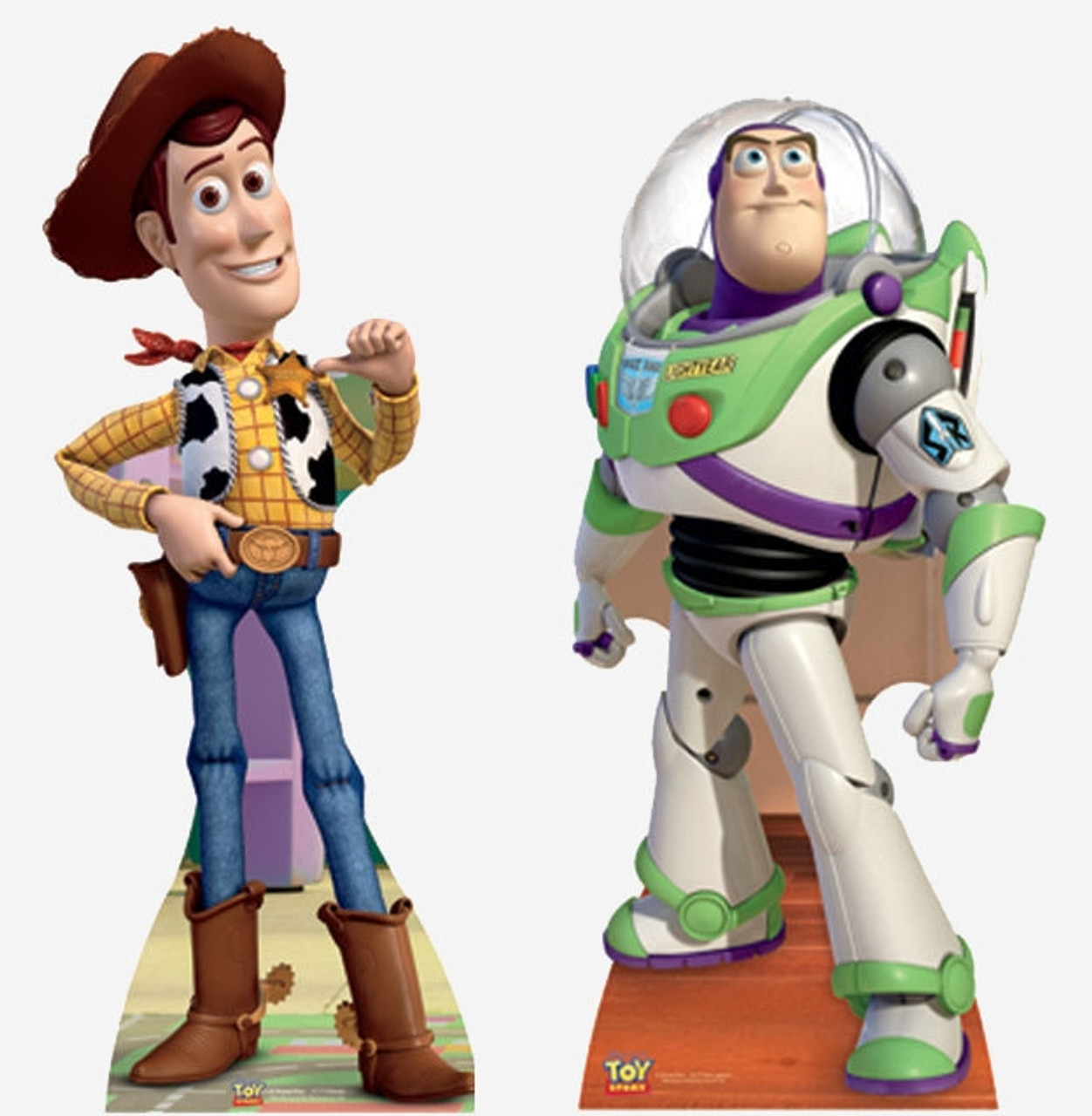 Toy Story’s movie characters, produced in 1995 by Pixar for Walt Disney, are now immortalised in cardboard shape in these lifesize cardboard cutouts of Woody, Jessie, Buzz Lightyear and Rex. Children and adults alike have been following the computer-animated adventures of the kind-hearted cowboy doll Woody and his toy friends for two decades now. Many will recognise and smile inwardly when they hear the phrase ‘To infinity and beyond!’ and think of Buzz who had to be convinced by his toy friends that he is not a real spaceman. With a choice from individual Toy Story lifesize cardboard cutouts, duo packs or the Toy Story lifesize cardboard cutout stand-in which is great for creating hilarious photo opportunities.