If you’re looking to take on that most dastardly of super villains – A Boring Birthday Party – then maybe you should get some super powered help from the Avengers! … ok, that was kind of cheesy but nevertheless, if you’re kids are big fans of the comic book crime fighting team then they would probably enjoy a birthday party with a cool Avengers twist.

After all, with Thor: Ragnarok hitting cinemas soon, the Avengers – and Thor in particular – are going to back at the top of lots of kids wish lists pretty soon. It’s not as complicated or expensive to throw an Avengers themed birthday party either, and here are some tips and ideas to “Assemble” an awesome birthday party.

Pin the Arc on Stark

Add an Avengers twist to come some classic party games to keep your little superheroes entertained. Pin the Tail on the Donkey hasn’t been cool since 1957 but add an Avengers twist to the old classic to freshen it up. Use a cardboard cutout of Iron Man and task blindfolded kids with pinning his arc reactor back onto his chest. Other ideas could be a Frisbee contest with the fling discs decorated to match Captain America’s shield, or a Hawkeye themed archery contest with foam arrows.

Avengers Assemble at the Buffet Table

Food is a key part of any party but it can often be overlooked – especially at a children’s party. I think we’ve all been to parties where the refreshments consist of a few dry sandwiches, bowl of soggy chips and cups of luminous fizzy drinks.

Integrate the Avengers theme into your food however and you’re going to have a party the kids talk about for months. A birthday cake shaped like the Avengers tower, Hulked out Fairy cakes (dyed green of course) and cookies decorated like Captain America’s shied are just a few examples of the Avengers themed recipes you could rustle up.

Piñatas are great fun at any party. Kids love whacking things, kids love eating sweets, it is a Venn diagram of the perfect birthday party game! But in honour of Thor and his upcoming movie Thor: Ragnarok why not theme this game after him? For example, make the Piñata itself resemble one of the Avenger’s famous enemies like Loki or Thanos. Complete the set up by making a cardboard hammer – Thor style – for the kids to use to smash up the Piñata.

Assemble your own Avengers

So no Avengers party is going to be complete unless the Avengers themselves show up! Dressing up costumes can be surprisingly cheap if you look around online – or you could craft your own cool outfits. Hawkeye’s probably got the easiest costume to put together, although if you’ve got the physique for it then of course Hulk’s costume is just a pair of tattered cargo shorts and a lot of green body paint.

Or you could include some cheap costumes for all the party guests so they can dress u and re-enact their favourite parts of the films. Some life sized cardboard cutouts of Thor and the other heroes will add some interesting background features, as would themed decorations such as American flag bunting for Captain America.

Oh, one final suggestion for the party that is strictly adults only – how about mixing up some vodka based cocktails to knock back in honour of Black Widow? 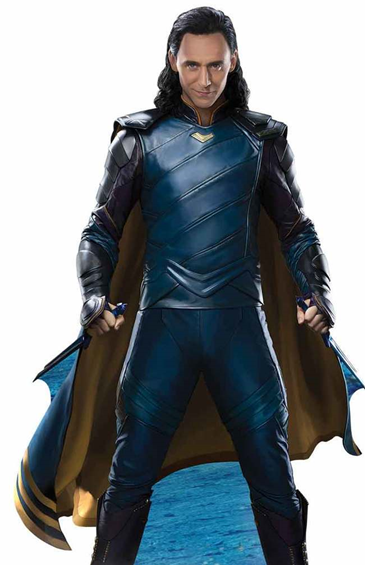